The Balearics are firmly imprinted in the minds of many international holidaymakers – Ibiza, Mallorca and Menorca.

It is boating that is increasingly coming to the attention of visitors to the Balearics, and with a Marivent Fjord Yacht charter this gives you the opportunity to see the islands in a very different light, away from the mass tourism and British themed tourist spots.

A Fjord yacht charter in the Balearics allows you to dip in and out of bays and harbours at your leisure, not just seeing more of one island, but providing the opportunity to visit multiple islands on one holiday. Even on a two-week holiday you could charter in Mallorca, Menorca and Ibiza comfortably. Alternatively, take it easy and meander from bay to bay, anchoring off one of the many golden beaches. It’s entirely up to you. Our Balearic Islands base is Port Adriano and 30 minutes from the airport, we also have a base in Ibiza 10 minutes from the airport there.

The weather in the Balearics is typically Mediterranean, with long hot and dry summers. During peak season of July and August temperatures average in the early 30s. In May and October you’ll experience temps in the early to mid 20s. The winds are mostly moderate and average Force 3-4 (light to moderate winds). In Mallorca and Ibiza the wind comes predominantly from the north or North, or Noth-East. In Mahon, the wind blows from the north around 245 days a year. In Ibiza, Formentera and the other islands, the wind comes more from the south-east and wind speeds are generally lower.

BOOKING PROTECTION:
FREE CANCELLATION IF YOU ARE RESTRICTED IN TRAVEL BY THE CORONAVIRUS

HEALTH PROTECTION:
FULL DISINFECTION PROTOCOLS OF ALL AREAS OF THE YACHT 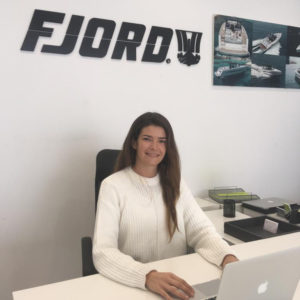